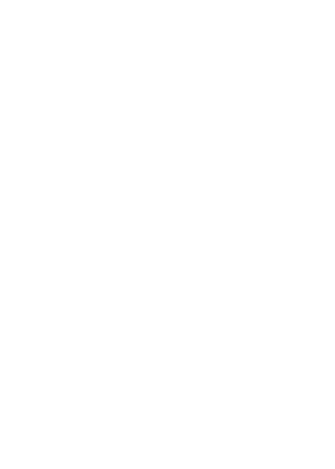 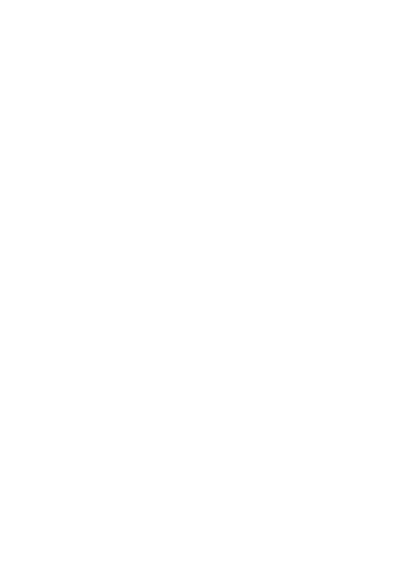 AWARD-WINNING MUSIC AND SOUND for media

Founded by renowned film composer Sebastian Kauderer, Viral was born with the idea of narrowing the path between stories and the music that elevates them.

Our award-winning composers have a deep understanding of storytelling and can help you achieve an instant connection with your audience. They are all dedicated to the cause - which is the knack for masterpieces. We use music to inspire and evoke emotions that cross borders and cultures. We want to understand you, your vision, and how best to relay it to your audience. We are not your usual music house. You and your stories are our inspiration, and we stay true to that. 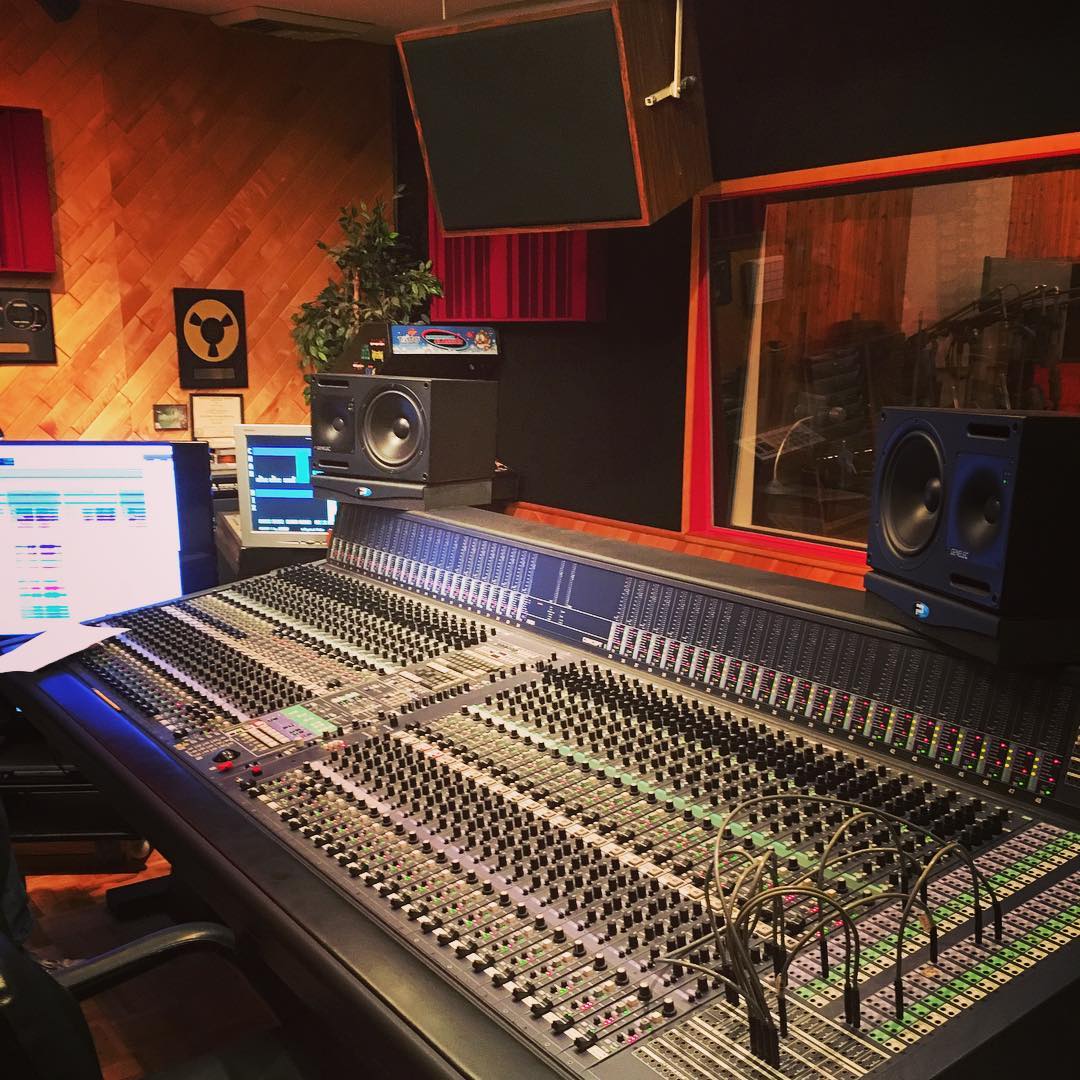 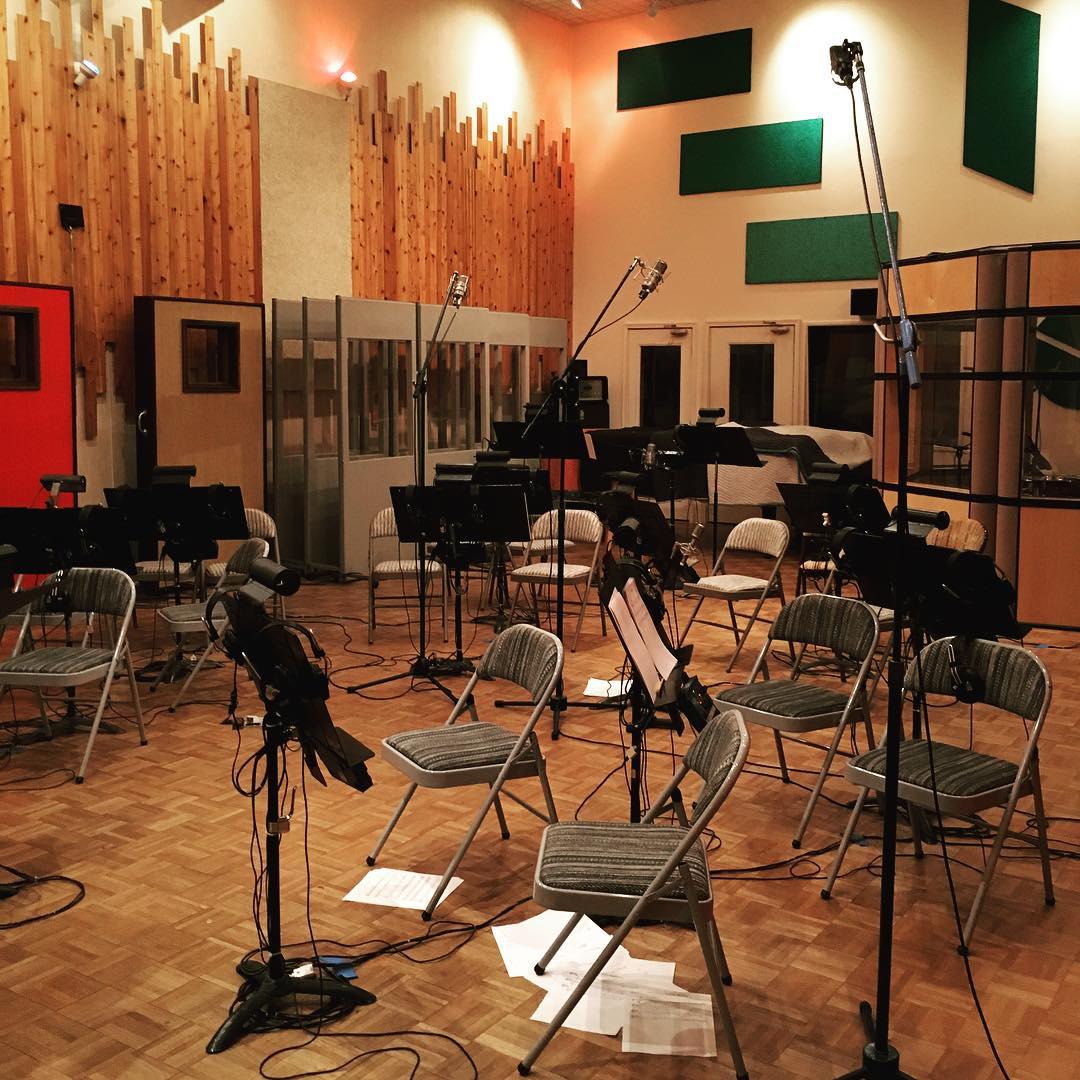 We are a community, and that's only possible if we value diversity the way we do. We rely on our plethora of cultures to be able to find answers to all questions and have a view from different perspectives. We seek to create a space where composers get the credit they deserve for the amazing music they craft, enabling them to draw inspiration from their respective backgrounds to tell compelling stories with their sound. We hold the desire to put your vision ahead of industry trends by delivering music that ears cannot resist.

We have produced unique soundtracks for stories told across film, broadcast, advertising and digital media with services ranging from composition and music supervision to sonic branding and audio post.

Viral’s mission is to build a culture of creative minds where diversity and equality is fostered and celebrated. We strive to reflect often, learn quickly and continuously improve ourselves in order to create strong teams with a variety of backgrounds, skills and perspectives.

We believe diversity fuels creativity and drives innovation. We have a global and multicultural spirit that it’s part of our DNA. We embrace an environment where being different is valued and it guides us on how we empower our team, cultivate leaders and create a company for everyone. 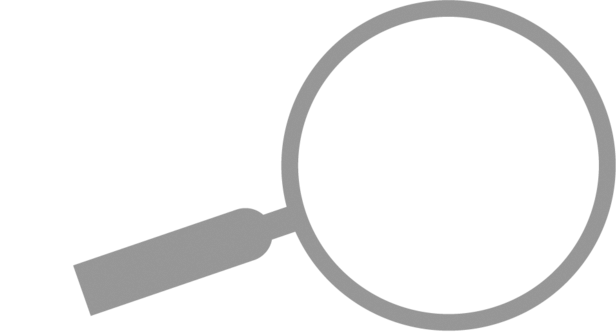 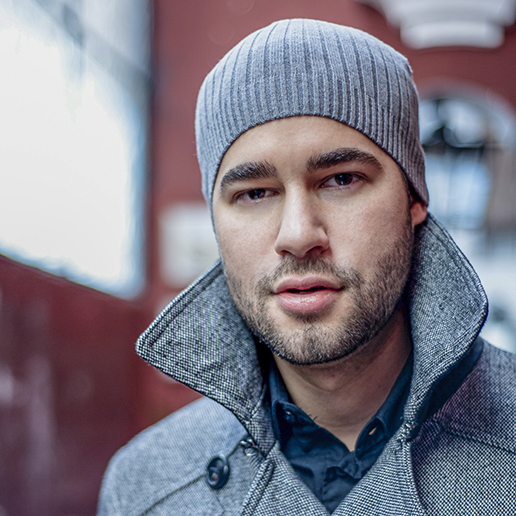 Sebastian is an Argentinian-American award-winner composer that has created the original soundtrack for many films including Academy Award Winner “The Secret in Their Eyes”, TV series, documentaries and advertising campaigns working in productions from all over the world. As a pianist and composer he has toured around the globe performing with many of the most prestigious musicians. Performance highlights include the London Philarmonia, LA Philharmonic, Bulgarian Symphony Orchestra and Argentina National Symphony Orchestra.
‍ 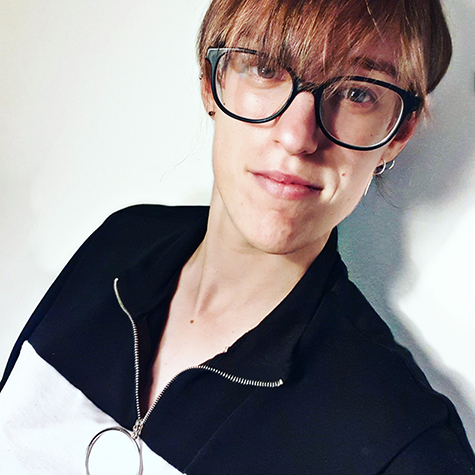 Sara is a super talented composer from Spain where she got her Degree in Music composition at the Superior Conservatory Joaquín Rodrigo of Valencia. While living in LA she studied Film Scoring at UCLA and worked at JoAnn Kane Music Service as a copyist, where she was part of the crew in movies like Star Wars IX, Frozen 2, Trolls 2, Maleficent 2, Doctor Dolittle, among others, and TV series like The Mandalorian, Family Guy, Empire and The Simpsons, as well as in live projects, highlighting the 92nd Oscar Ceremony Awards. She also worked for one of the most important multinationals in the gaming and leisure sector in Spain and in Latin America writing music for their smartphone apps. 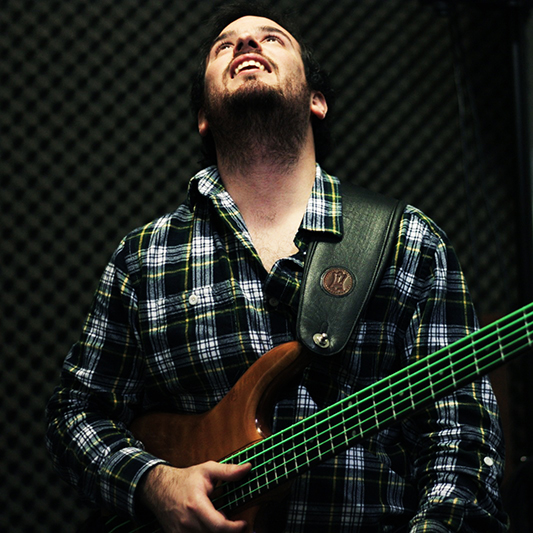 Alejandro Zorrilla is a bass player, composer, producer and sound designer from Montevideo, Uruguay. Graduated from Berklee College of Music in Contemporary Writing and Production. Worked as a session and touring performer in the NYC scene, freelance composer for multimedia and currently as a sound designer for Heavyocity. 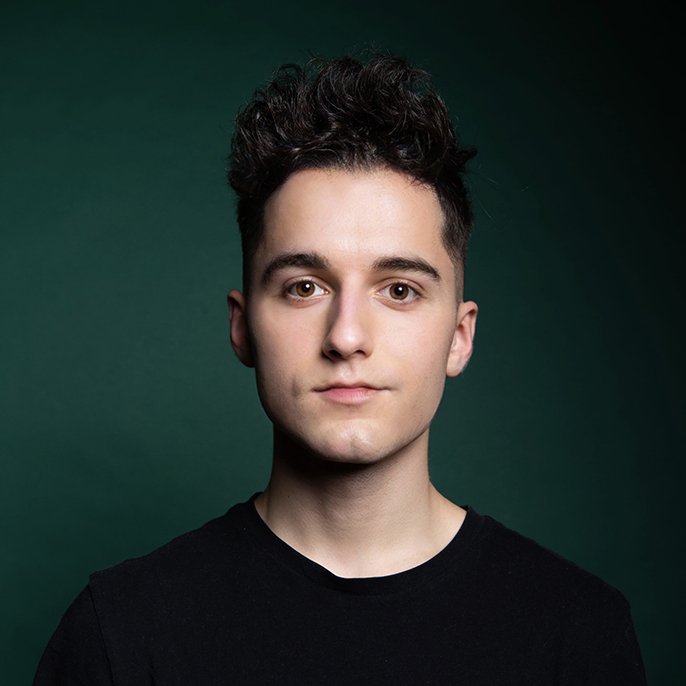 Bobby Bonev is a pop/R&B music producer, composer, singer and songwriter, based in London, UK. He has gained his experience in music through working with different companies such as Virginia Records (Sony Music), Help4Kids, Coca-Cola and others. He has been among the artists performing at the Coca-Cola Happy Energy Tour in Bulgaria alongside names such as Mark Ronson and Conor Maynard. 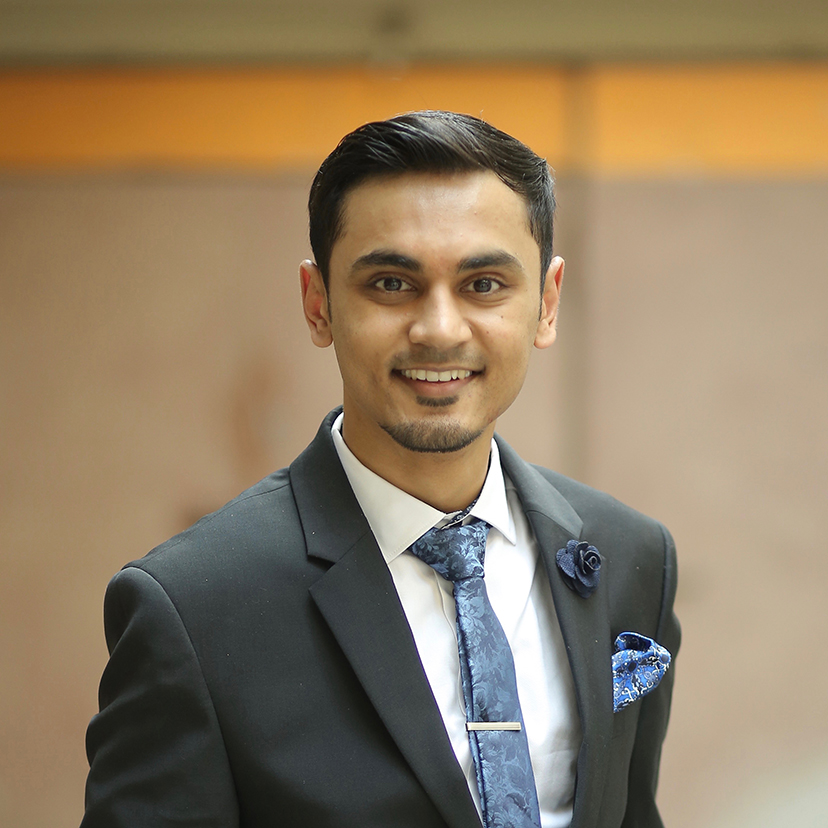 Music has been a part of Roshan ever since his grandfather taught him his ﬁrst tune on the Harmonium. From an early age he discovered traditional folk Gujarati music playing in local bhajans and high school bands where he learned a plethora of instruments. His passion for music never stopped till he finally reached his dream: composing for films. A multi-instrumentalist Berklee alumni that can produce impactful music. 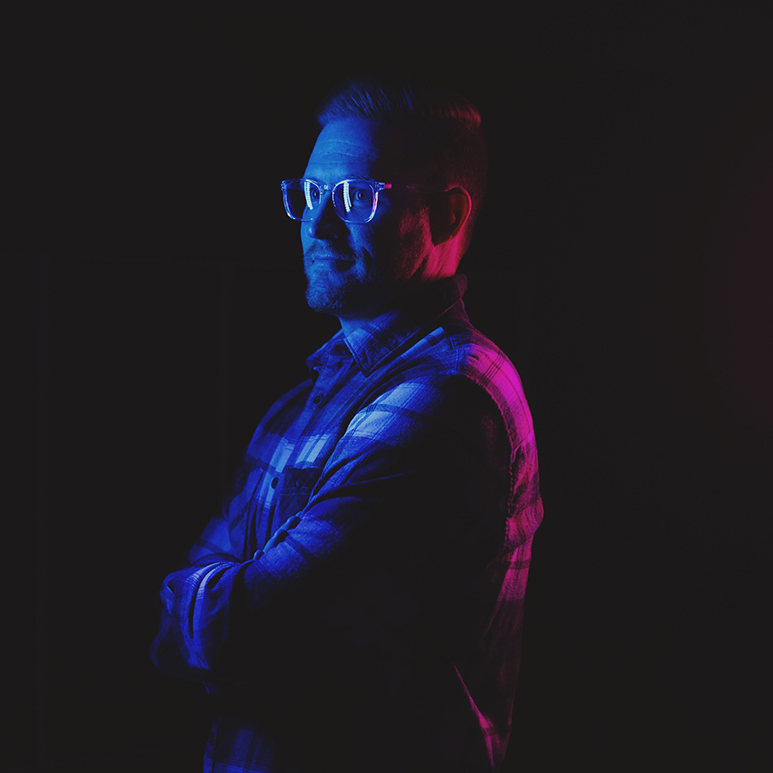 Ben has been playing the piano since the time he could walk and has been composing music since early ages. His musical influences are many: from Rachmaninoff to Lecuona, Horner to Giacchino, Ben Folds to Dave Grohl. Ben loves great storytelling through music and enjoys collaborating with amazing filmmakers. 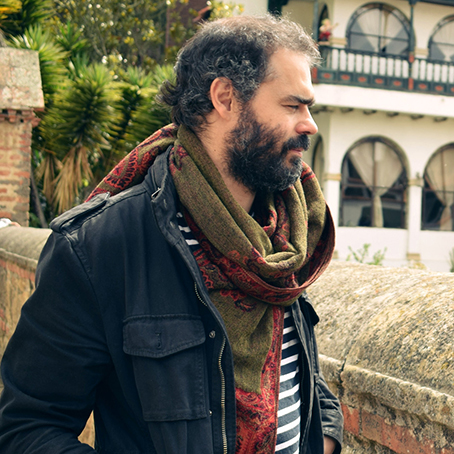 Holding a Master Degree in Film Scoring from ESMUC (Barcelona, Spain), Sergio has been working in Film Scoring and Sound Design for the past decade mainly working in animations, documentaries, videogames, shorts and advertisement, in productions from the US, Colombia, Argentina, Spain, India, Mexico, Venezuela and Guatemala. 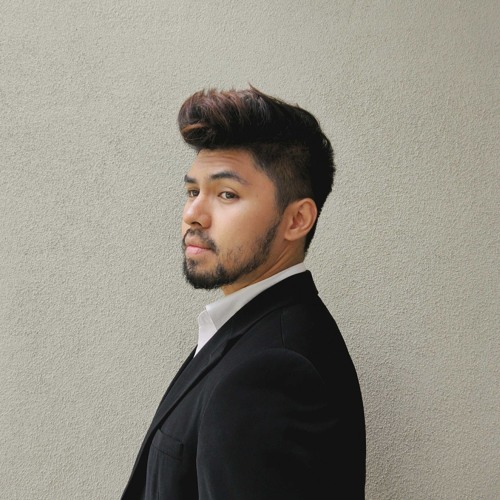 As a composer for video games, Aji has worked for various game developers scoring award-winning games such as Amago, involving talented local orchestra musicians to create a diverse set of works. In his process of music making, he always aims to celebrate the different sounds of different genres - he draws inspiration from Baroque, classical and romantic music of Bach, Beethoven and Brahms, to the pop sounds of Taylor Swift and repetitive sounding EDM, various world music, and a touch of gamelan and angklung influence from his home country. 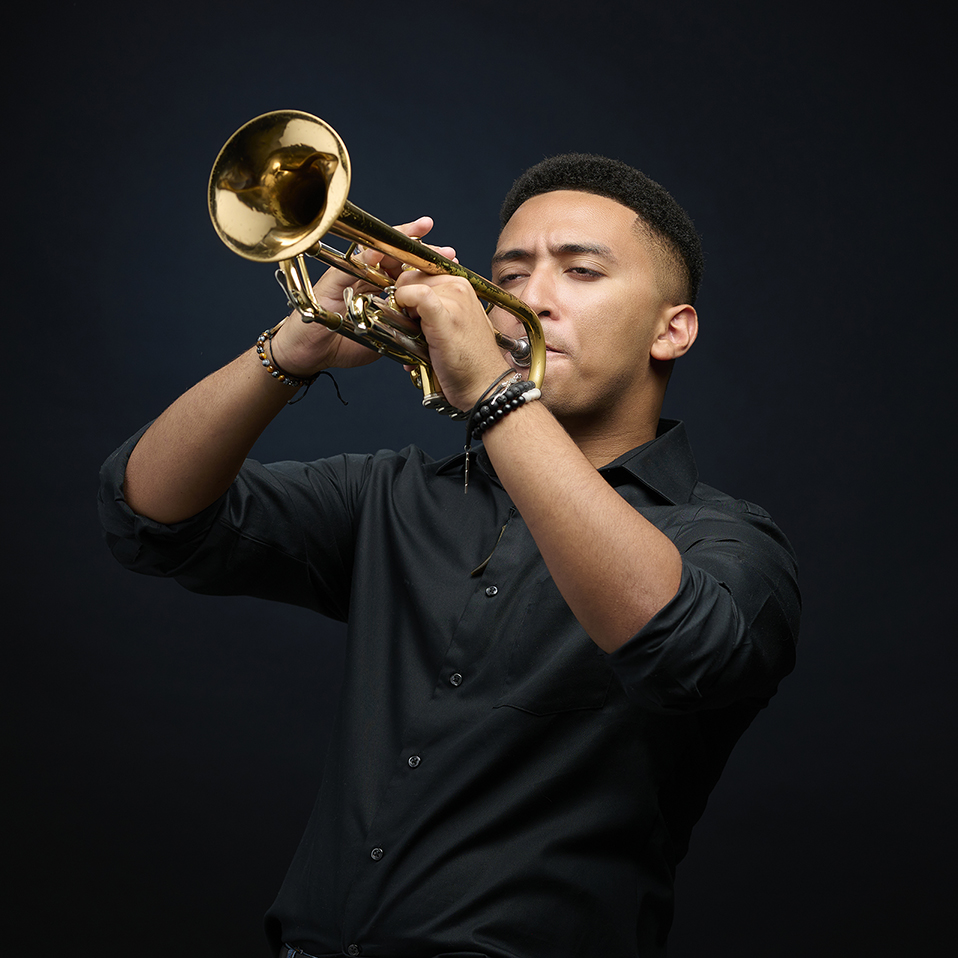 Robert Lampkin is a classical and jazz trained trumpet player and music composer that specializes in film, TV, advertisement, and video games. His music covers a wide range of styles from horror and suspense to action and adventure. One of his many strengths is creating hyper-realistic scores that can be easily found in Marvel movies and action blockbusters. 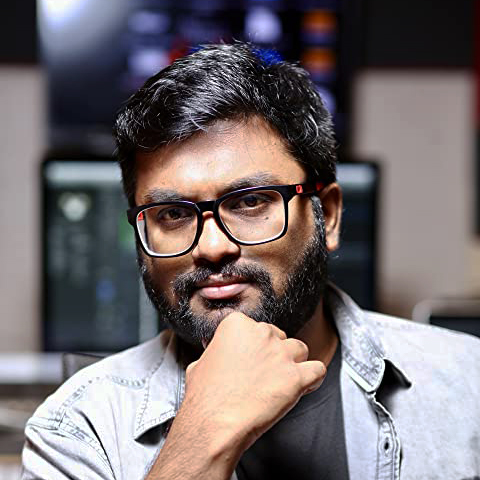 Balamurali journey began from a very young age when he showed his bent towards music composition. He honed his music production skills by studying electronic music production and orchestral scoring from Berklee College of Music. He composed for a number of independent films and jingles when he got his break in the Indian film industry where he has successfully completed projects in different languages. He has been awarded by the prestigious Indian Recording Artists Association in recognition of extraordinary music production for Indian films and background score. His work has been critically appreciated and has been featured in the BBC. 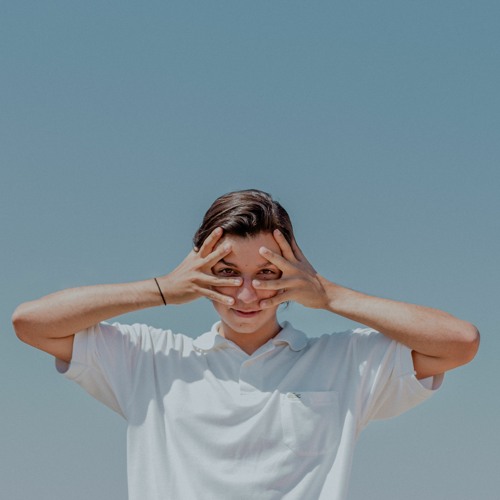 João is a composer from Lisbon, Portugal who has written music since his childhood, from solo piano repertoire to multi-movement symphonic suites, and composed for various films. He started studying music very early on and playing the piano. After graduating from college, he worked closely with directors while improving his technique scoring for picture as well as composing new work. His unique vision on the approach to the overall soundscape and texture encapsulates influences from many different genres, resulting in a familiar yet exquisite experience.

Pino is a composer and songwriter from Montevideo, Uruguay where he discovered the amusement of creating and recording songs since he was a child. Having an extensive experience in the advertising world, Pino climbed to be the Music Director of various agencies where he created numerous spots. He's also a member, a composer and the producer of Duro e' Boca, a project that has been on stage for more than 10 years, released two records and shot several videos.
Last year he released a tribute EP to musicians over seventy years in the context of the Coronavirus pandemic, called "Setenta y pico". 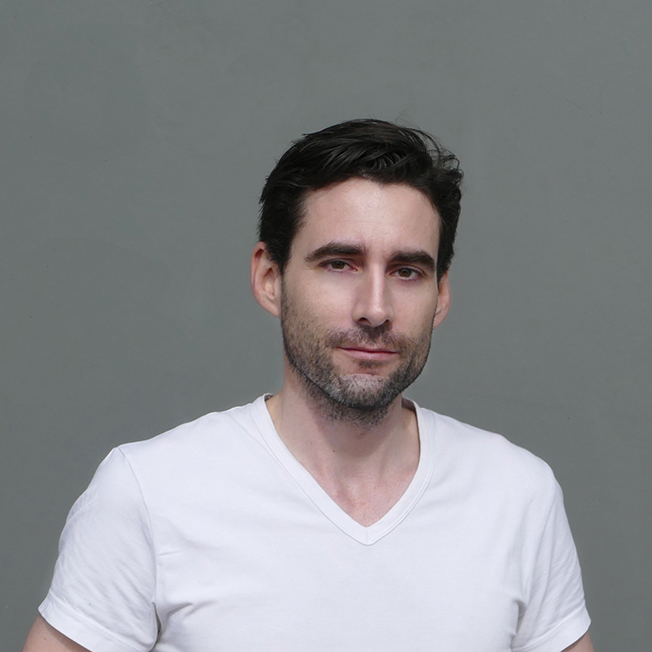 Andrew is an award-winning composer who works predominantly in film but also interested in composing for all forms of media. He is a graduate of the West Australian Academy of Performing Arts (WAAPA) majoring in classical composition. He originally composed for a rock band before a love of film scores directed his compositional interest to orchestral music. Classically trained with a background in rock/heavy metal and also with some jazz influences means Andrew can write in many styles with varying ensemble sizes. His versatile style of composing caters to many different projects, from romantic underscoring to epic action, atmospheric electronic pads to solo ambient acoustic guitar, he can deliver the sound you need. 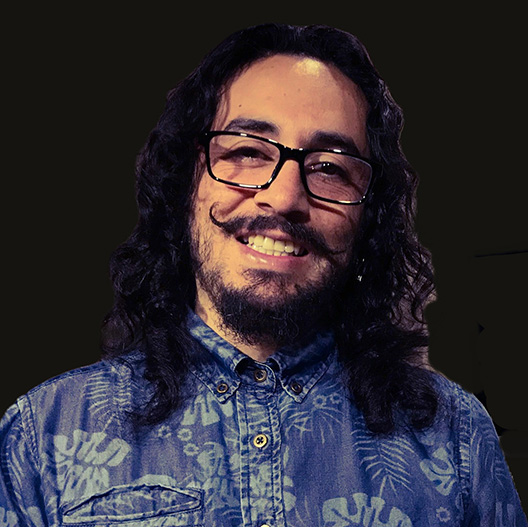 Oswaldo is a musician and producer with a degree in Music Production and Sound Engineering from Audio Masterclass London.​For as long as I can remember, I have had a deep love for music and a passion for working in the entertainment industry. I have gained valuable experience working on some great projects throughout my career. I am motivated and detail oriented and enjoy working closely with other creative music professionals to create compelling projects. 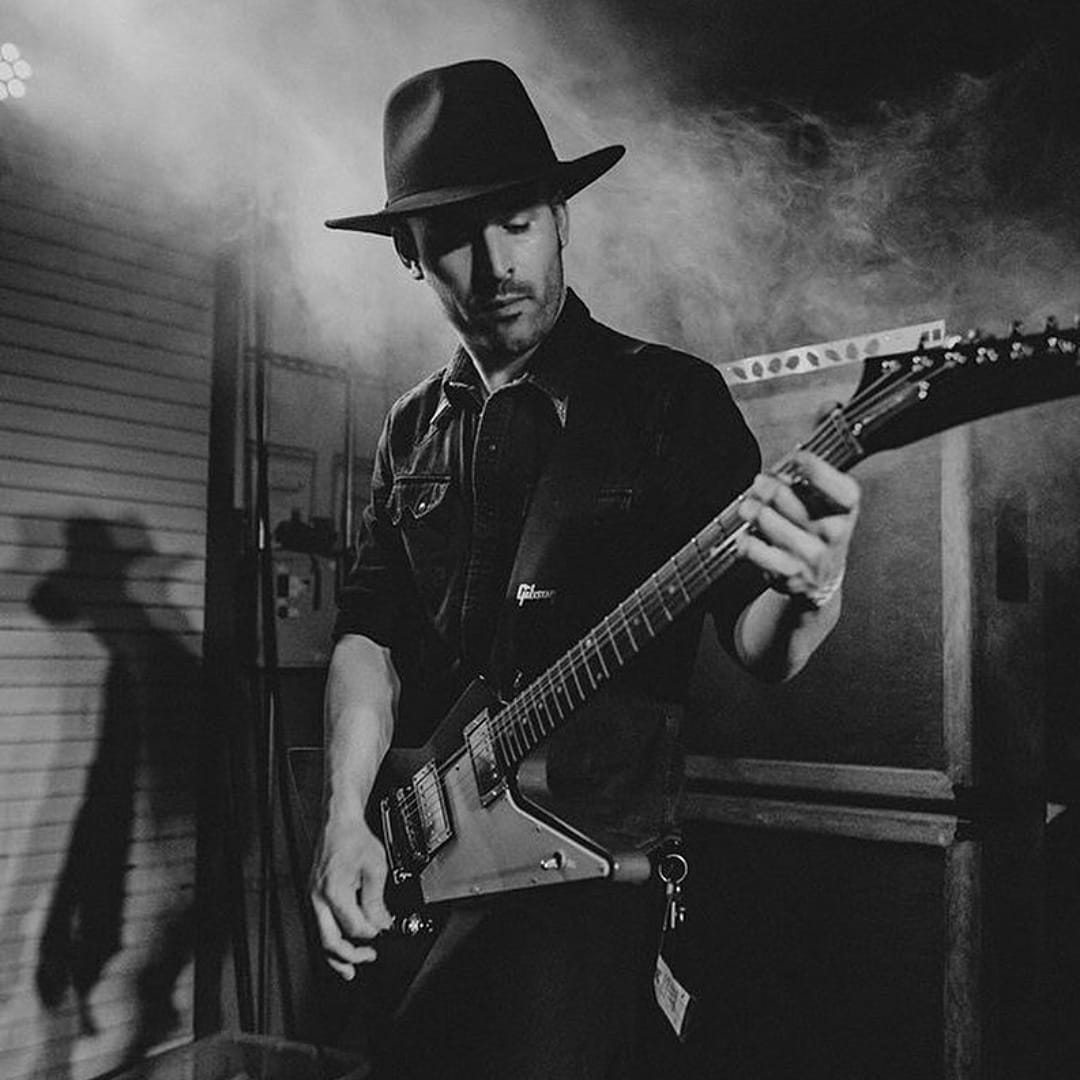 Joe is a composer and electric guitarist with musical roots in the esoteric metal underworld.  With countless tours in the bag, Joe has brought a dark style of Americana-infused metal to crowds all over North America and Europe as the lead guitarist of Wayfarer. When not on the road, Joe is a composer/producer who likes to apply his specialized sensibility for darker atmospherics and grit in a cinematic and storytelling capacity. 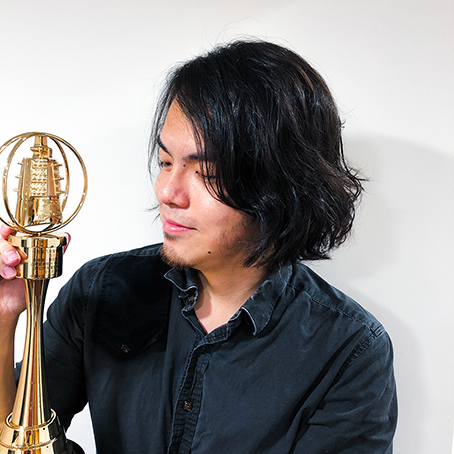 Winner of 2019 Taiwan’s National TV Golden Bell Awards for Best Original Score (Bite, 2018), Shao-Ting has written music for over 70 projects, including features, shorts, documentaries, animations, commercials and games. Though his expertise falls in orchestral, ethnic, and sound design, he also enjoys writing for electronics and hybrids. As a former film director/screenwriter/editor, Shao has a thorough understanding in visual storytelling. Graduated from the Screen Scoring Master Program at New York University, he is currently pursuing his career as a professional film composer in Los Angeles. 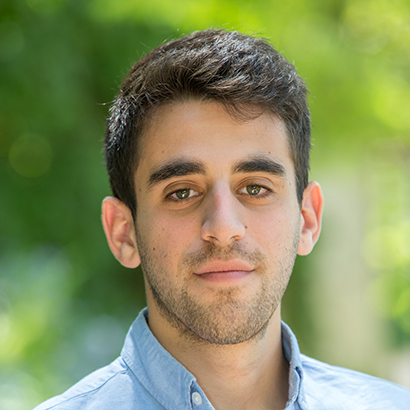 Ben is a composer and arranger from New York City, currently based in Chicago where he is pursuing an MFA in Music Composition for the Screen at Columbia College Chicago. Ben has been drawn to music composition and story-telling for as long as he can remember. Ben is a multi-instrumentalist who loves to compose cinematic music for various media. Ben also has a passion for arranging, particularly a cappella music. 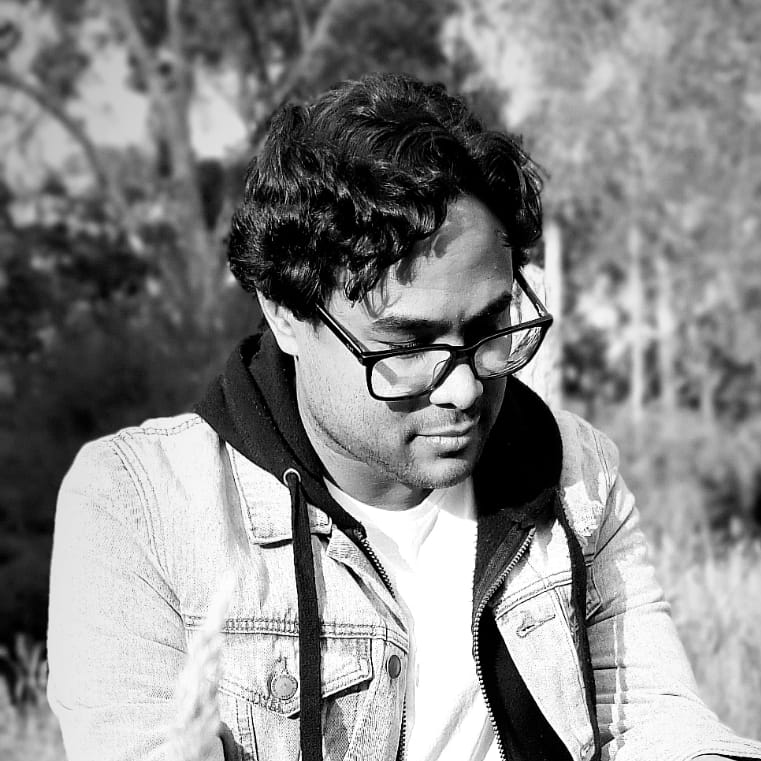 Bradley has always had a deep love for storytelling and filmmaking. As a creative composer he tends to lean towards the experimental, emotive and sometimes darker sides of the musical spectrum, using his experience in writing and arrangement to build musical works that invoke a deep emotional, and even haunting response within his listeners. Since his early days of music composition, Bradley has taken inspiration from many stories within the realm of science fiction, horror and suspense. Featuring intricate, evolving textures; deep, gritty basslines, and a touch of post-rock ambience, Bradley's compositions are sure to leave a mark on whoever hears them. 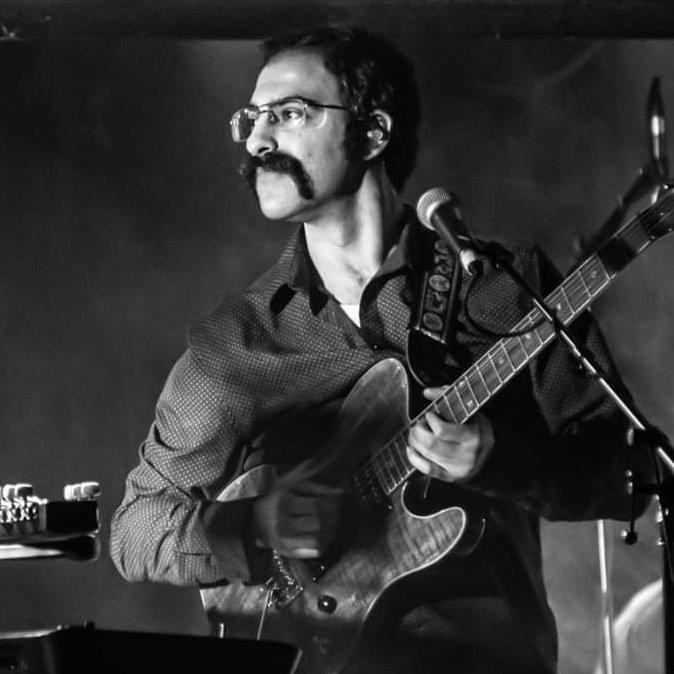 Ryan has been creating and composing music since his teens when he first discovered his love of guitar and recording.  After about 2 decades in the business, he is now proficient at over a dozen instruments and owns a professional production studio. He composes mostly for video games and has a passion for cinematic music of all types.  Ryan has had the pleasure of composing pieces for the WWE, NFL, World War Z and Evil Dead among others.  Being able to bring an image to life through music is what Ryan considers one of the most rewarding artforms.